A Snippet from my next novel 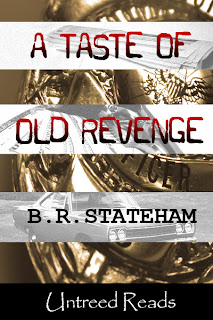 A Turner Hahn/Frank Morales novel is coming within the next two weeks.  Called 'A Taste of Old Revenge.'
You know about Turner Hahn and Frank Morales.  I haven't been shy about extolling their virtues and hang-ups in this blog.  I've preached long and hard about these two guys were the first characters I came up who seemed to stick with the reading public (as small as that reading public may be).  So I thought I would  . . . . kinda . . . prime the pump a little bit and offer a snippet out of the book's first chapter.
The novel is actually two homicide cases packed in one book.  Totally different; completely unrelated.  One homicide has Turner and Frank trying to figure out who would want to kill a survivor of a German concentration camp . . . execute him formally while he sat in a small office of his classic car garage working alone one night.  By time it's over with the Mossad, the FBI, some unknown Federal Government spy agency, and a long-since-dead organization called ODESSA gets involved
The second case involves millions of dollars stolen out of Iraq--a seemingly random killing of a convenience store clerk by a madman--a genius who has created the first truly sentient artificial-intelligence software--and greed.  Simple, pure greed. 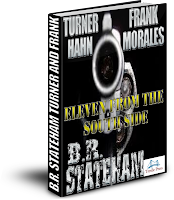