Here we go again---rules for a writer! 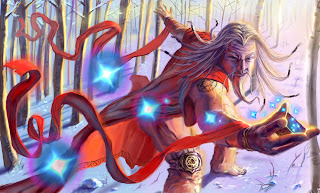 Been missing in action lately, blog wise.  There's a reason.  Had to finish writing the last few chapters of the newest Turner Hahn/Frank Morales novel, Guilt of Innocence.
I don't know if it's occurred to you, but for many writers the end of a novel is the roughest stretch of the sea to navigate through.  Especially so if you're writing a complex police-procedural novels involving Turner and Frank.  Even the short stories I write featuring these two are the hardest of the lot to write  The thing about a complex whodunit is tying up all the loose ends.  Or putting it another way, snipping off and cauterizing all the subplots that naturally drift into these kinds of novels.  Everything has to fit.  Has to come to some plausible conclusion.  Maybe a conclusion that promises some interesting ramifications in a later novel.   But still, some kind of conclusion.  So a lot of thought, and rewriting, goes into the end of a novel.
Which brings me to the main point for this little meandering trip into the mind of a writer . . .
Rules.
No, not the 'grand' rules of what to do as a writer.  Not the old tags about 'Finding your on voice,'  or 'Read everything you can get your hands on,' or 'The truth of a writer is rewriting, rewriting, rewriting!'
Not that bullshit.  Long ago I decided if you're going to go flat fucking crazy and be a writer anyway, you're going to write your own way--so forget about other peoples' grand rules and just hack it out on your own until you get it right. Nope . . . the rules I have in mine are the nuts-and-bolts kind of mechanics every writer should do while in the middle of writing a novel.  The rules that helps the writing process move along more efficiently.  Nothing grand or karmic in nature here.  Just the everyday rules of the trade one plumber would give to another in order to help him out of a jam.  So here goes:
1.  Character names and personality traits:  Create a character and load them up with some kind of descriptive set of personality traits--make sure you jot them down on a paper and keep them handy.  Just five or six words.  No more.  It is absolutely amazing how you can butcher that name throughout the book if you don't do this.
2.  Key incidents in the novel:  Shit happens in a chapter and fifteen chapters later you need to mention it again and explain it in a different light.  Especially true when writing a whodunit.  But you forgot where the hell this occurred.  So you spend half a fracken day trying to find it.  Good way to really make you pissed off for the rest of the week.  So on that list-of-names-paper---mention chapter and incident where things happen.  You're wife/husband will thank you for it.
3. Chapter rereads/rewrites:  Write a chapter at a time and then STOP!  Go back and reread the chapter.  Take out the commas, the adjectival/adverbial clauses.  Make your sentences short and snappy. Do this and the story flows so smoothly you'll think you've almost became a great writer.  Don't let the feeling go to your head.  That's a trap as well (and eventually another blog).
4.  Imagery:  Paint a picture in words.  Vividly.  Throw the painting somewhere in the chapter--for me usually in the first two paragraphs.  Don't over do it.  But paint just enough to give the reader a vivid image in their head. ONE VIVID IMAGE!  Don't over describe every scene.  A reader likes both;  likes to see a vivid image described in such a way as to make it crystal clear in his mind.  But then he also likes to allow his imagination to create their own images as well.  Yes, Tonto; this is a dichotomy.  A problem.  One only resolved after lots and lots and lots of practice!  So . . Good Luck!
5. Be Very Careful!:  MFA profs ( and a lot of writers) all over the country will tell you the first draft of a novel is shit and you are REQUIRED to rewrite the novel two, three, four times.  Bullshit.  You're going to find out that, occasionally, you got it right the first time.  Especially of you're writing a story you're passionate about.  Another one of those problematical/contentious/debatable conundrums you'll have to wrestle with for yourself.  So all I'm telling you is read your stuff with a critical eye and decide for yourself.  Let others read it if you want (as long as they will give you a blunt, honest assessment).  but refrain from drastically rewriting the original work.  You may find out that magic you put into words will evaporate and never come back if you drastically alter the first draft.
So there they are.  Five rules.  Now I know there are more out there one plumber could offer to another.  So do so!!  What rules do YOU use while writing a novel?
By the way, the artwork at the beginning of the blog.  Done by Javier Carmona.  The Carmona Brothers and I are working on a graphic novel entitled Decadence.  The image above is one of the characters found in the story. Guandi is his name.  The Chinese Taoist god of war.   When finished it should be a visual banquet for graphic novel fans.
At least we hope so.
Posted by B.R. Stateham at 4:59 PM No comments: