We're a couple of bad acid-reflux incidents away from the year 2020. With that vivid imagery in mind, I thought I might lay out what might be coming your way, publishing wise, from me this coming new year.

Sometime in the coming year a novel of mine called Lenny should see the light of day. Lenny is a sheriff's deputy living and working in a fictitious Texas Panhandle county called Ballard. Both county seat and the county are called by the same name. Lenny is ex-army, a grown man who returns to Ballard filled with not-so-nice memories of his youth and his father, yet somehow compelled to return home. And, as it turns out, the county is filled with dirty little secrets about to explode into the open. Drug wars, murder, familial intrigues, cattle rustling . . . all the little goodies which makes for a nice dark-noir novel.

I'm hoping to see Murderous Passions sometime in re-issued form in 2020 as well. Murderous Passions is the first of the Turner Hahn/Frank Morales police-procedural novels I've written. In fact, by the end of the new coming year, there should be four Turner Hahn/Frank Morales novels available. Three previously published ones (hopefully contained in a boxed set) and a brand new one. The new one will be called Two to Worry About.  This one will be slightly different in that I'm writing it in a different voice and not in the first-person singular I usually do. 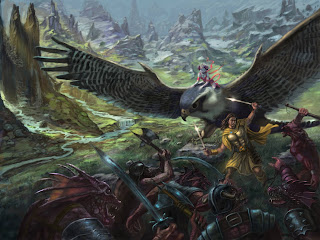 And then sometime in November is the re-issue of my fantasy novel, Roland of the High Crags: Evil Arises. Re-issued and expanded in length, with new artwork, Roland is a warrior-monk and wizard who is asked by a dragon baron to raise his last surviving heir, a princess of about seven or eight, who also happens to be a weapon. A weapon designed by the dragon dark gods and programmed to grow up and destroy all of humanity. If she makes it to adulthood. Roland is determined to see her become that adult . . . but he has a plan to change her pre-programmed  fate. Whether he succeeds or not is the
driving force behind the whole series.

Book two of the Jake Reynolds art thief-turned-reluctant-detective series should be done and handed in to the publisher. Jake is an art thief and combat pilot serving in the British Royal Flying Corps of World War One. The new book called, Death of a Cuckold Knight, finds Jake in the middle of stealing a piece of artwork and, in the process of removing it from the premises, stumbles onto the owner of the 600 year old chateau tied into a chair and very dead. That is Jake's curse; he cannot let murderers get away with it. He is compelled to solve the murder and bring people to justice.

Well that's it. The road map laid out. Actually, it's not such a difficult one. Three of the novels are already in the hands of editors and awaiting their publication dates. I only have two novels to complete this year. That doesn't sound too bad, does it?