Let me see if I can explain clearly these two concepts.  Imagery and Intimacy.  Been thinking about these two words for about a week now.  The train of thoughts drift down this semi-lit pathway concerning the writing process.  How . . . and when . . . does the writer grab the reader's attention and takes command of it?

Almost every writer, and almost every expert you hear speaking at a writer's convention, makes the declarative statement that the writer must capture the reader's interest in the first few pages in the opening chapter.  Many of these same writers will admit it's not the first few pages . . . but the first four or five paragraphs of the first page which determines whether a reader decides to read on, or walk away and go find a McDonald's for a coffee and some fries.

Okay.  I agree with that.  But how do you spring the trap and capture a reader whose just casually flipping through the pages of a novel he's absent mindedly  looking at?

The imagery idea is obvious.  Verbal portraits.  Building, through words, a mental image so clear and visual . . . yet  vague enough to allow each reader to fill out the details with their own images.  For me, writing any novel, I open with a vivid image.  Especially the Turner Hahn/Frank Morales police-procedurals.  The opening scene is a crime scene.  A murder has taken place.  Turner and Frank have been called in to begin the investigation.  Vivid imagery from the get-go.  I'm banking on the idea any potential reader is caught up immediately in the beginning of the investigation.

But here is where imagery needs intimacy. Not just any old word suffices in making that image of yours to come alive.  Instead of trying to explain it, let me over an example.

The blood pooled into the inexpensive carpet and dried into a dark stain.

The crimson smear of dried blood now looked like a hardened veneer
pressed deeply into the cheap carpet.

Of the two sentences, which do you prefer in creating that verbal image?  Image-making is not only describing the scene;  it is using the right words to describe the scene.

I leave you with this further example.  The opening sequence from the Turner Hahn/Frank Morales novel. A Taste of Old Revenge.  (Go sailing down the right column. You'll find it there).  Read it and see if it grips you viscerally with a number of different emotions.

ONE
A stale breeze played through the dead man’s hair.
An unwanted breeze.

A breeze filled with malaise.
The old man was slumped across the open cavity of an accounts ledger, his face squashed between the pages of a thick accounting book.  The body looked remarkably like a piece of trash carelessly tossed onto an old kitchen table.  Or maybe like a discarded, broken doll long forgotten by the one who had once loved it. As I bent down for a closer inspection I could see a clearly defined hole in the back of the old man's hairless cranium.  There was remarkably little blood.  What little blood had seeped out had created a tiny rivulet down the man’s neck and formed a dark puddle about the size of a man’s palm on the brown pages of the accounting book.  The blood was not fresh.
Inspecting the wound I got the impression of precision.  A surgeon’s frugality of effort.  Or a craftsman’s sure touch in a grisly occupation.  Standing up and frowning, another impression occurred to me.
Premeditation.  Coldly calculated and flawlessly executed.


And who said a murder had to be messy?

Addendum to that bad taste: Marketing 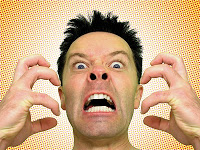 That was two years ago, Maynard.  I guarantee you the numbers have increased.  Exponentially.

No frackin' wonder, most of us get lost in the shuffle and are never heard from again.  I mean, think about it; how the hell do you compete as an individual with those types of numbers confronting you everyday?  But even more amazingly is this question . . . how the hell do writers, numerous writers we all can point to, hit the ebook market and apparently LEAP into the Top 10 ranks with seemingly little or no effort?  Writers that, in the deepest recesses of your heart, you KNOW you are better than they are when it comes to putting together a great story.

Good question, Quasimodo.  And I haven't a clue on how to explain it.  Except, maybe . . . sheer stupid luck.  Just being in the right place, at the right time, with the right product.

As you know the last full week or more I've been delving into the art/science/voodoo magic of ebook marketing.  Almost every venue I walked into mentioned, almost at the very beginning, to offer your ebook for free over a limited time frame.  So I tried it.  THERE ARE NO INNOCENTS (go to the right side, top of the column, to see the ebook offering)  started out 5 days ago with a ZERO ranking.  Zippo.  Nada.  Nothing.  It's been out for a little over a month and no movement whatsoever with it.  I chose that one to try the free ebook move thru it's offering on Amazon.

At the end of the five days the free ebook offering is over and it goes back into the "Pay up brother, or else!" pile.  The ratings and the ranking plunges waaaaaaaaaay down.  Still, it maintains a rating and a ranking.  For that I am happy.  But I'm not looking to getting rich soon.  Or ever, for that matter.

I suppose the more liquid cash you have to shell out to ebook marketers gives you a better chance of pushing your little baby boy more toward the front of the line.  All you have to do is fork over your hard won dough.  If you have it.  Which I don't.

You have to ask yourself, "Are you in it for the money?"  And the answer is HELL YES you are!  Maybe not in it to get rich . . . but you'd like to see SOME compensation for all that hard effort you put in writing the damn thing.

Good luck, buddy.  I hope you are better at it than I've been.

That Bad Taste in Your Mouth: Marketing

Writers have to write.  And as we all know, it's a messy affair.  Actually putting words down on paper or on the screen.  Plotting.  Filling in the gaps.  Creating characters.  Killing characters.  From beginning to end.  The whole works, buddy.  The Full Monty!

Can make a sane person go stark freakin crazy trying to get it done.  And add in a mandatory deadline . . . and Holy Jesus Fracking Mary!  Are you kidding me?!

So . . . for an indie writer.  What about the marketing plan you've got to come up with?  I mean, come on.  You gotta have one.  There's a sea of ebooks being published on an hourly basis.  An entire freakin OCEAN of ebooks becoming available every freakin minute . . . how the hell do you rise above this gooey muck and get your ebook looked at?

Marketing.  Coming up with a plan to bitch-slap a potential reader right between the eyes with your glowing, better-than-sex!, ya gotta read this. . . I mean it . . . new ebook of yours.

What tools do you use to rise above the ebook cacophony which surrounds you?

Came back from a writer's conference the other day.  Two days of listening to fellow writers say essentially the same things I've heard over and over and over and over.  Years of hearing the same shit.  Heard it so often I can recite it in my sleep.  But one writer, a young chic (why does it ALWAYS have to be a young chic who sells BILLIONS of ebooks at a time?!) did get me to thinking.  She actually said something that made sense; or at least, put a new spin on an old problem.

How do you market your ebook?  Do you look at your creation as a book . . . or as a product?  A product;  hmmm . . .  After the writing an publishing, does it become something like a box of rubber bands to sell?  Or maybe a washing machine?  Or a used car?  A commodity . . . a THING . . . that any small business owner has to market if they want to sell their 'stuff' and become a success.

The writer as a small business owner.

Her central idea was to assign or give a potential reader who gave you a one star review with some kind of compensation package for their bad experience.  Just like any business owner will take back a defective gizmo and try to satisfy a customer with some other product of theirs.  But more than that, she emphasized the need a writer has to slap on their noggin the mental cap of becoming a small business owner of their own whenever the writing process came to an end.

Makes sense to me, Maynard.  Put me down as a convert.

So now comes the real test.  How much are you willing to shell out to various and sundry third parties who make the claim they shove your ebook through the thick muck and make it a No. 1 Best Seller!!

I dunno, pardner.  I really don't.  But I'm heading down that back road now and finding out.  Wish me luck.
Posted by B.R. Stateham at 12:36 PM No comments: