Book Two of the Decimus Julius Virilis novel.  Set in First Century Rome.  Actually, to be more precise, set in 9 A.D. in Dalmatia as Rome fights the last of the Dalmatian Wars.  Decimus, soon to retire from the legions, is third in command of a hastily thrown together legion serious undermanned yet sent off to fight anyway.

And all hell breaks out.

Setting up the novel at the very beginning with action and anticipation . . . that's what I like to do.  From out of chaos comes a deep mystery and even MORE  chaos.  For me, it's the perfect definition for a great story.

So here's the set up for this newest clipping of the novel I'm sharing with you today.  Decimus, being the third in command of the legion, is the one man in charge of training the entire legion to function properly.  A freshly organized legion of half raw recruits and half hardened veterans.  Late at night, deep in enemy territory, Decimus decides to inspect the legion's outer perimeter.  And that's when all Hell breaks loose.

7 AD
Dalmatia
The Fires of Hades 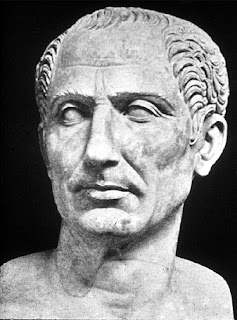 Decimus, with the silent Gnaeus beside him, kept moving around the hill directing men here and there.  Even pitching in when a set of extra hands were needed to drive stakes into the ground or to throw up additional barricades of dirt in front of their positions.  No one complained.  No one slacked off.  Not with the Prefect beside them in the dirt and grime working as hard as they were.
And when the first gray shades of predawn began to lessen the darkness around them, everyone knew.  They were ready.  Ready for whatever might come.

Soooo . . . . the problem, me buckoo;  How do you lift something you've written up into the Top 100 in sales?  How do you pluck your book title out of the vast quagmire of about 10,000 other titles published per month and shine that proverbial beam of light toward it so
everyone can see.

That's the answer.  As it's the usual answer for a lot of our hardships to get out of . . . Money.

But if you're a small-fry writer like I am, when we talk about anything over five-bucks, we're getting far too rich for our thin blood.  The air starts to get thinner;  we've get this rash that suddenly covers our posterior when we talk about something six-bucks are higher in cost.  Why . . . even buying a full meal for two at McDonalds may require a bank loan.  Which we don't want, thank you very much.

But the harsh truth is . . . you want to be a well known writer?  It's gonna cost you some advertising dough.  And probably more dough than you've got the bank account to pay for it.

What I find interesting is that most small time, middle-grade, and even large publishing houses won't put a plug  nickle down in advertising until you have some real STAR POWER behind your name. (with the exception, possibly, to those writers they've lavished huge signing bonuses onto to . . . you know, the ones that gets way above $100,000 or more.  Now they've got a vested interest in getting a return for their investment).

So, if you're just a GOOD writer, or maybe a GREAT writer waiting to be discovered, it falls upon your shoulders to cough up the coin to do your own advertising,  And there in is the rub . . .

'Cause, if you're like me, the number of struggling writers you know who have more than two nickles to rub together is about the same number of multi-million dollar Power Ball lotto winners you know.  Meaning . . . you don't know any, fella.

I have a new book out.  While the Emperor Slept. (it's over on the right hand column to check out if you want to).  The first of a series.  Features a 1st Century Roman detective/assassin who is intriguing to know.  Or at least, I think so.  The publisher who has it out is a great company.  I'm hoping we can work for years together churning out this series.  But for now, the advertising is on my shoulders.

So far I can say that the small . . . and I do mean small . . . amount of money I've spent on advertising has had a discernible reaction to the book's ranking.  I suspect more money, in this case, would mean a larger response.\

Didn't James Patterson do something like this in the beginning of his career?  Being an ex-advertising exec he went out and did an entire campaign blitz on a book of his, all own his own.  And it worked.  Worked so well his publisher made gobs of money and decided to do the advertising themselves.

It can be done.

Hell.  How the hell should I know?!  Remember, I'm the guy who has just two nickles in his pocket.  Well . . . a nickle and possibly five pennies.  Maybe.
Posted by B.R. Stateham at 9:46 AM No comments: