Smitty, in something called, 'The Dark Holds No Secrets' 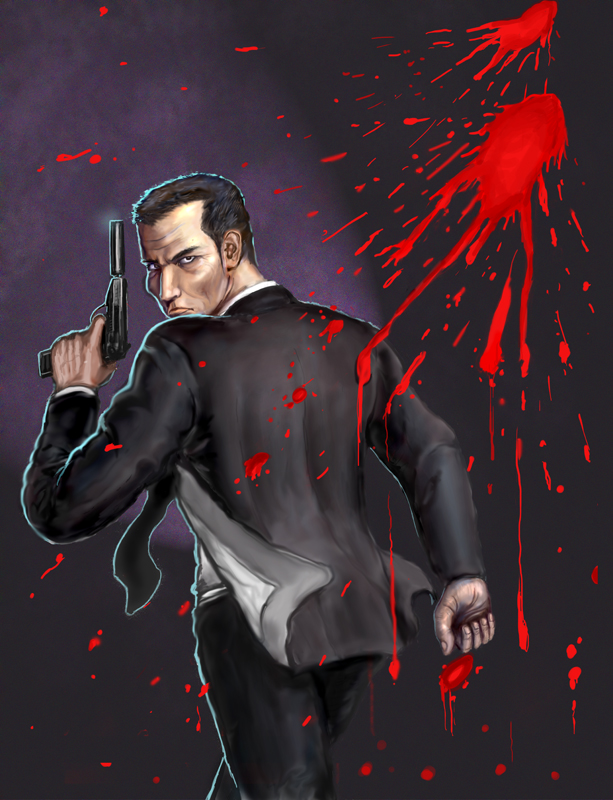 It's a movie featuring Smitty, my dark, lovable (ah . . . huh?), implacable killer who somehow has a broad streak of humanity in him.  I find the writing of a script challenging.  I've done only one other before.  A long, long, long time ago.  It was an action-comedy set in Prohibition.  I still got the rough copy around here somewhere . . .

The Smitty script.  Mixing action, drama, and humor within the confines of roughly 120 pages.  And doing it for a visual audience.  Daunting to say the least.  But that's the challenge, isn't it?  A writer, I think, should be challenged.  Should explore new territories in the worlds of wordsmithing.  Success or failure doesn't come in to play.  It's the challenge . . . the journey . . . that should liven up a writer's dance routine.

So I thought I would offer up the opening seen of the movie.  Just getting a glimpse of it.  I'd be interested in hearing anything you might like to say.  Good or bad. (yes, I DO take ant-acid pills on a regular basis.  No . . . not really.  Just kidding)

Give it a look.

The Dark Holds No Secrets

EXT. SHOT--A busy city street filled with traffic shrouded in a fog-like downpour.
Cut To: Black CTS Cadillac moving over rain filled streets. The car is weaving expertly in and out of slow moving traffic.

Cut To: A second view, the Caddy's tail lights, lighting up the early evening light as it shows a right turn signal.

Cut To: Hands, wearing black leather gloves, gripping the     steering the leather steering wheel. One hand moves     from the wheel and punches the ON button on the car's radio. Softly over the radio we hear the music of      Depeche Mode's A Pain That I'm Used To.

Cut To: The dark eyes of the driver turns to his left     and sees a man holding an umbrella in one hand and the     hand of a small girl in the other.  The man is trying     to hold the umbrella over the small girl as they hurry through the rain down the deserted sidewalk to the      entrance apartment building.

Cut To: A booth sitting in front of a large plate glass   window.  Outside the pub the city sidewalk is filled   with rapidly moving pedestrians.  City traffic on the     streets is moving stop and go action.  Sitting at the table is a dressed in all black.  He looks nervous.       Agitated.  In front sitting on the booth's table are three empty glasses.  A fourth is sitting by his hands.  Hands that are fidgeting nervously.

As the fork with the last piece of pie rises up
to his face, the arm's motion stops at the mid-
way point when the form of a man in dark
clothing slips past the window.  We the
lower portion of the man's head half turn to
glance at the passing stranger.

Cut To:  The bar's entrance door opening and a compact,
trim man dressed in a tailored suit enters the premises.  There is a suggestion of a predator, of      coiled and ready menace ready to explode, in the man's physical form.  He sees the agitated man sitting in a      booth and makes his way to him.

Just as he turns to head toward the booth a figure,
face UNSEEN, tries to step past the man standing
in front of the entrance. The two accidentally
collide. There's an awkward dance as each man tries
not to the touch the other. We an "Excuse me,"
coming from the man trying to depart just before
the man slips out of the entrance and disappears
into the pedestrian traffic.