Gloves Off is Out! 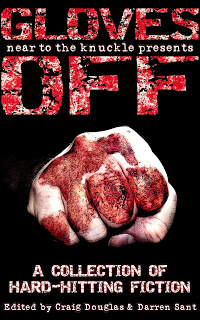 Here it is.  Darren Sant and Craig Douglas' Gloves Off.  A heaping together of nineteen of the roughest, toughest, most critter-like writers of hardboiled, noir, and horror to be assembled under one pup tent.

And yes, I've claimed my little spot of space underneath the tiny patch of canvas along with the others.  I've got a story in here entitled 'Cold.'

I've got to say that I'm very pleased to be associated with this assortment of bad asses.  There is some truly genuine talent in this gathering.  Talent like Richard Godwin, Graham Smith, Paul D. Brazil and Gareth Spark.  To be asked to contribute something of mine was a great honor.  To be even remotely ranked up there with the headliners featured in the anthology is kinda intoxicating.

Who knows?  I might turn out to be a genuine writer after all.

The bloke who came up with this nifty idea, Darren Sant, has an ezine called Near To The Knuckle.  Over the last two years I've hacked together some stories and bopped them electronically over to England for him to consider.  Surprisingly he's accepted every one I've sent. (either a terrible case of amensia overwhelms him every time one of my stories comes up for review and he thinks I'm someone else  . . . or maybe he just likes what I write.  The first option makes sense.  The second option would be nice too.)

Near To The Knuckle covers a wide spectrum of stories which, in one way or another, involves a bloody mess and a dead body stuffed in some one's closet somewhere.  Or maybe underneath a divan.  Or a street gutter.  Or . . . well, you get the picture.  Lots of writers show up with their unique prose and styles.  From all over the world.

That's one of the two things I've grown to enjoy with the coming of the Internet.  The first is this tremendously huge rebirth of writing short stories which seems to be directly attributable to the invention of the electronic age.  And secondly ezines popping up everywhere willing to pull in writers from all over the world to fill their pages with stories.

It truly is a writing renaissance we're witnessing.

Go get you a copy of this anthology.  You won't regret it.  And then come back  and tell me what you thought of my story.

(Of course it is the best in the lot!  I wouldn't be a real writer if I didn't secretly believe that!)
Posted by B.R. Stateham at 11:30 AM 2 comments:

Promises unkept and other things 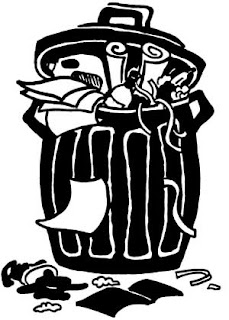 If you're a writer, how long have you been writing?  It struck me earlier today that I've been writing over a significant span of my life time.  So I took the time to think back and remember the very first story.
The year was 1960.  Fifty-three years ago.  Wrote in long hand in a spiral notebook a complete  novel.  Hard core science-fiction.  Back then I was twelve years old and had just discovered the amazing worlds of Edgar Rice Burroughs.  In one summer I read'em all.  All the Tarzan novels.  All the Barsoom (Martian) novels.  All the Vesuvian novels.  All of 'em.

After Burroughs came the others.  Isaac Asimov.  Robert Heinlien.  Arthur C. Clarke.  Poul Anderson.  H.G. Wells. Dozens more. Any and all science-fiction writer I could get my hands on.  And the more I read the more I thought about the idea of trying my own hand at writing something.

Along the way I ran into, and fell in love with, hardboiled detective stories.  Sumbitch!  More stories to write!  I quickly realized I'd be writing something or another for the rest of my life.

Of course the story written  long hand is gone.  Long forgotten and misplaced.  But I've been writing continuously ever since.

What also occurred to me about this long ole' journey through my imagination is this;  the promises unkempt.  Fifty three years of trying to get published you contact and talk to a lot of different people.  Other writers, god knows how many editors, a shit-pot load of agents.  Most of them were honest enough to tell me they were not interested.  In fact the vast majority of publishers and editors were quite blunt about it.  Yeah, at first, blunt rejections like this kinda hurts the old ego, pilgrim.  But if you're a writer you've got to expect it.  Expect it and push past it.  I endured and developed that thick skin of invisible armor all of us have to acquire in one fashion or another.

But the publishers and agents who were the nasty little chameleons in life. . . the ones who just loved my work and promised me the world . . . only to dump me the moment the rowing became tough for them; those are the chinks in my armor.  The promises unkempt.  Those are the ones that still ring my chimes and pisses me off.

Oh, well.  Who the hell said that Life was going to give you a fair handshake, pat you on the back, and send your jolly self off into the sunset with a grin on your face and success in your pocket?  If someone has said that, I must'uf missed the memo.

(Okay, Hermione.  I'm finished bitch'n now and going back to write something.) 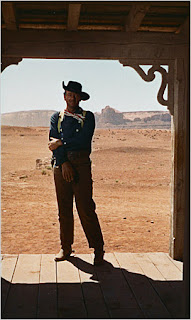 A few days back someone printed a list of his five best Westerns.  It got me to thinking.

As a film genre goes, the Western has fallen on bad times.  Hardly see one being made these days.  Which is a  resoundingly foolish mistake Hollywood is committing if you ask me.  The Western can't get any more American as a film type.  It literately encapsulates what Americans have always thought of themselves.  Rugged, independent, honest, tough as rawhide, and reliable.  Interestingly that image (whether it's right or wrong is immaterial) hasn't changed in 200 years.  It's what we think we are.

Every nationality has an image of themselves.  And every nation's movie producers try to fill that image with visual representations for its audience.

So I'm thinking the Western should be making a BIG come back soon.

Anyway . . . .  we were talking about the five best Westerns ever made.  Let's continue down that murky road and see where we come to a screeching halt, shall we?

Can a Western be a comedy?  Think of Mel Brook's Blazing Saddles.  Is that a real Western?  Or more like a Comedy dressed up in western clothing?  Is a Western solely a drama?  Could it be a Musical like Paint Your Wagon or Oklahoma?  How about all those Gene Autry movies where they  mixed horses and automobiles together in the movies made in the middle and late '30's?  Hmmm . . .


If you're a movie buff you've already seen this list about six or seven times apiece.  And quite willing to sit down and see them all over again.  They're classics.  Great movie plots with genuine stories that pull you in immediately.  Great scenery to behold the American West.  Great photography . . . both in color and in black and white . . . that just fires up your imagination.  And of course . . . great acting.

John Wayne is in three of the above movies (The Searchers, The Man Who Shot Liberty Valence and Stagecoach).  Let's face it.  When it came to depicting the rugged, silent type, no one beats John Wayne.  He's the flawed loner  . . . the honest man who, despite his flaws, knows the right thing and does it.

But I'm giving a big 'Hi Ho, Amigo!' to Yul Brynner (Magnificent Seven).  There's just something about this ball headed gunslinger that grabs you.  One tough SOB.

And then there's Henry Fonda.  There's a basic streak of Just Plain Honesty in the man you've got to admire in this movie.  Honesty and Commitment.  Love this oldie.  Love'em all.

The photo above.  Coming out of the last scene of The Searchers.  Wayne brings his niece home after years of captivity with a band of Comanches.  He once swore that he was going to kill for fear she had 'gone indian.'  But in the end he saves her life and brings her home . . . and stands in the doorway after the family gathers around her and then turns, and walks into the sunset.