Let's talk about the anti-hero. Those creations in fiction where the protagonist can't be easily branded as 'a hero'. Nor, for that matter, as 'a villain.' He . . . or she . . . (hmmm, interesting point; do we actually have a female character in literature who could be classified as the anti-heroine?) is someone who is not clothed all in white to represent the Good Person. Nor all in black to represent 'The Bad Guy.' 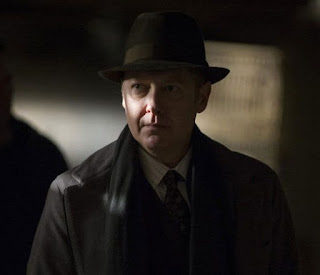 They are creatures who walk both in the light and the dark. The Good and the Bad. The Ying and the Yang. When you walk on both sides of the color spectrum you are clothed in layers of gray of various shades. Depending on which side of the spectrum you tend to dither in, your clothing can be either very light gray. Or a dark gray hovering on the precipice of sliding into the dark quagmire of being black.

The anti-hero as a character was a really big thing back in the 60's The Counter Culture, the Protest Societies, the anti-Vietnam War rallies--all contributed the the creation of a hero who was not just the do-gooder all the time. But one who didn't mind getting down and dirty when it became necessary. But since the 60's we've seen this slow and inexorable march back to a world where everything is either Light or Dark. Good or Bad--with nothing in the middle to confuse one's mind in the process.

But, if you are a fan of this oddity of a character, all is not lost. Perhaps the best fictional creation ever dreamed up by a set of writers can be found in the character by the name of Raymond Reddington. The main character on the television drama, The Blacklist. James Spader plays the Reddington, and quite frankly, his portrayal is mesmerizing. He lies, he cheats, he organizes, he manipulates people like an evil genius, he keeps secrets he refuses to divulge and sometimes he murders innocent people--but he also does good as well. Sometimes spuriously for no other reason than he wants to do something nice.

In short, he is the prefect representation of the anti-hero.

Reddinton is a very complex character and James Spader pulls this magical portrayal out of a hat magnificently. A simple description of Reddington is impossible. Eight seasons of The Blacklist have flown by with remarkable rapidity. The ninth season has just started on NBC. With some major changes in the supporting characters around him. The question is, has Reddington changed? Is he the same person of old?

We'll have to ride along to find out.