Let's talk about story telling today.  Especially about how to tell a story properly.  Oh sure, sure . . . there are hundreds, if not thousands, of MFA programs out there that will pontificate beautifully on how to write (tell) a story properly.  And all you have to do is spend thousands of dollars to go, earn that degree, and (of course) write and become an instant success.
Right.  That's the ticket.  Let's all run off and enroll right now!
Or (since we're friends and we know how to bullshit with each other over just about everything) let's just sit down over a cup of coffee, a glass of beer, a pint of ale, a jug of wine, a two-liter bottle of Coke, or a quart of Pepto Bizmol (choose one or any combination, I'm not picky) and let's just talk about good, old fashion story telling.
I'll start.
My example of excellent story telling?  Go see Pixar's newest movie, Brave.
Perfect!
If doesn't matter if we're talking about story telling in a novel, short story, or movie.  Story telling is story telling.  There's a certain structure---a certain flow---that needs to happen which, by definition, makes a story.  A balance, if you will, between action and emotion.  A balance between grief, anger, joy and laughter.  A balance between  the descriptive (visual) arts used to push the plot along and not using enough,  making the whole thing feel like a card board cut out.
In its succinct form; balance.
Great story telling is the art of balancing everything in its appropriate form.  Too much action in story writing (or a motion picture) and all you have is noise.  Too much heart felt emotion with no possible chance of relief and all you have is a fit of depression.   Too much talking without a little action to stir up the Destroyer in all of us and you have sheer boredom.
But oddly enough---there may be no such thing as too much comedy.  Laughter . . . honest laughter . . . is a commodity few people ever get enough of.  That, my friends, is something a lot of writers have forgotten.  Laughter.
Don't care how grim the story is or how action-filled it is.  Sprinkle in a little laughter.  In fact I would suggest that some of the best action movies ever filmed, or books ever written, became the best because somewhere in the depths of the story line people took time to laugh--even if only briefly--at something.  That juxtaposition of imminent death and amusement seems to be so part of us as human beings.  We need both.
One of the best directors of action (Western) movies ever to craft a film was a guy by the name of John Ford.  His movies always contained humor.  Lots of action, to be sure.  But humor as well.  Soft, gentle humor that made the characters humane.  A vivid contrast emotionally.
Pixar's Brave has it all.  Action, color, grandeur, story line, humor.  You will laugh and you will shed a tear (or you ain't human, fella!)  If you haven't seen it on the big screen then you've missed something special.
Go see it.
Posted by B.R. Stateham at 9:16 AM 2 comments:

A friend of mine; Cody Toye 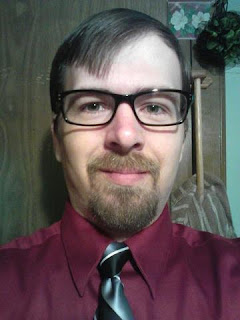 Oh, my gosh!  I do so need to profusely apologize to a friend of mine, Cody Toye.  I promised weeks ago I would throw up on this page a blog he wanted to share with his friends and I have been damnably remiss in not carrying out my promise.
I offer no excuses, my friend, for being so thoughtless.  Yes---I agree whole-heartily---I am a fracking idiot and one lazy bastard.  I do humble apologize.
But let me present to you now, friends and soon-to-be-friends, one quirky, interesting writer.   Cody Toye.  He is a writer who leans heavily toward the twisted humorous side of life.  That's why I used the word quirky.   Rare is it to find someone who intentionally wants to write the funny side of any known,  stodgy old genre.  But Cody tries to do just that the genres of horror and mysteries.  And if you've ever tried to write humorously you know how hard it can be.
So without further ado, here's both a small blog and an excerpt from one of his stories to share with you.  Enjoy.
First off, thank you for the guest spot on your blog it is a real honor. Our love for the art of writing started soon after graduation. Though we never got serious until later in life, we always attempted to land a piece or two in popular magazines. We tried various outlets and found our few big fish, but usually ended up sobbing over the infamous rejection letters. After some time, we did land a contract with a small indie publisher. Our writing careers seemed to be going places.
After a bit, I started jumping from genre to genre trying to find my niche. Luckily, my wife, author H.R. Toye already knew her place. She pumped out horror and mysteries left and right while I tried to find the path less taken. The demand for more stories from our publishers kept us on our toes, making more and more words magically appear on the white screen flashing in front of our eyes.  The more we thought we were moving forward, the further back we seemed to be going. Our short stories we once lived for set whispering to us from the far reaches of our laptops memory.
A year later, we lost our contract and felt the freedom once more. With more wiggle room, we decided to put together the best of worlds, our published short stories and our never seen magazine stories into one collection. This collection is a journey into the words that have plagued our minds for some time now.  Almost completed, The Blood Moon Chronicles is expected to hit stores in late July.
Excerpt
Merchant of Death
The needle tore deep into the plastic wrapper leaving the slightest pinhole lingering for evidence. Cecil Smiled devilishly and stared at his remaining product. The ten o’clock news ran another special on the heinous crimes plaguing Northwest Arkansas, this time labeling him the “Merchant of Death.”
I’m the Merchant of Death? This thought amused the tiny man. A hellish cackle escaped his lips and continued to illuminate his madness. As he finished injecting the last of tomorrow’s product, he heard the announcement that ten more were found dead today, bringing the death toll to eighty-two. This set him off once again. Through the spray of spittle and the booming laugh, he was able to correct the old tube television set and inform it that the death toll was actually one hundred and three.
*****
The sun beat down on the old Ford van, reflecting the bright yellow paint. The multitude of colored dots offset the décor nicely. Sprinkle Ice Cream was open for business once more and what a day it would be!  The heat index called for a record high and was predicting a scorching one hundred and eight, a perfect day for his ice cream truck. Cecil cringed at the sound of the rusty hinges of the back doors creaking open. As he loaded the last of his freight into the Nelson freezer, he placed his “special product” to the far left making it easy to dispense at will. With one more walk around, he was ready to start his day. The lyrical hum of “Colonel Bogey’s March” filled the summer air. With perked interest, dozens of kids rounded the corner and jumped over the hedge. The younger group simply dropped what they were doing and started bouncing up and down. The “Ice cream dance” as he came to refer to it over the years, brought streams of adults with fistfuls of money out into the heat.
One by one, Cecil handed out cones, sandwiches, and fruity colorful ice pops. A devilish grin never left his face as he pulled from the special inventory and randomly handed them out. He knew he was nothing more than a social disease, a killer of children tall and small, yet he somehow felt at ease ridding the world of the overfed spoiled American children. Visions of his childhood plagued him. Little Cecil, only eight years old, watched from the steps of the orphanage as spoiled brats bought gobs of ice cream from the Good Humor truck and mockingly ate it in front of him. Some of the even meaner children went as far as throwing the half- eaten ice cream at him, hoping to see it splatter moments before he could catch it. Poor Cecil! Who’s laughing now? A stifled giggle caught in his throat, creating a nasty gurgling sound to splash out.
Posted by B.R. Stateham at 9:31 AM No comments: