First chapter of A Quiet Place to Rest

The world turns. The foolish remain comfortably obscure in their foolish ways. The old waddle along as best as they can. And writers dream of new stories and wish they had the talent to create images into vivid word-photos so others can see what they see.

Ah well . . . enough of this melancholy.

I've got a first chapter to share with you. The first chapter of the second book in the Lenny series. The series is about an Army veteran who returns home. Home being a Texas Panhandle county tucked away in the vast wide-open plains of northwest Texas. A county where there are more cattle living there than there are people. And I do mean empty. About 11 per square mile. The problem with this is that, what few people are around, many of the few who live there have a tendency to be related to you.

The first book, entitled Lenny, had the vet returning home and, through no fault of his own, finds himself becoming a deputy sheriff. Working for a larger-than-life old sheriff who practically raised him as his own son prior to his leaving for the Army.

Amazing how so few people can create so much trouble in this out of the way Texas county.

Book two is going to be called, 'A Quiet Place to Rest.' And I think it starts off with a bang. But you be the judge of that.


A Quiet Place to Rest 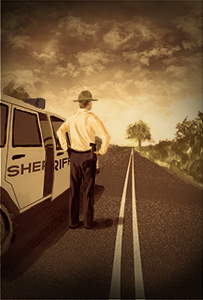