They're out there. Secrets walking around on two legs, nodding and smiling, expressing to one and all to 'Have a good day!' And all the time, hiding from us--and the world--secrets which would surprise and shock us to our very core.

And the strange thing is--all of us do it. We all have secrets we wish to keep secret and not reveal to anyone. Frankly, to be human is to be, at times, irrationally secretive. Oh sure, sure . . . for the vast majority of us, our most private secrets we keep buried deep in our subconscious in a locked filing cabinet in some filing room long forgotten, are nothing more than trivial oddities and idiosyncrasies which, if revealed to us, would elicit the reaction a big yawn and a ho-hum.

There are a little over 8 billion people currently alive on this jagged rocky planet orbiting around a sun which is completely uninteresting to the rest of the universe. Eight billion souls. But you've got to wonder, you just got to wonder--who is out there living an apparent normal life who is truly hiding something fascinating from us?

All of the above is nothing more than a prelude to what I'm going to share with you. I'm working on the third book of the Jake Reynolds series; you know the one--the art-thief-turned-reluctant-detective character of mine who lived and worked through the first half of the 20th Century. (To the right in the long column of my books, you can find both Jake Reynolds offerings). Book Three is going to be called either, Death of a Reluctant Spy, or Death of a Killer in Uniform. To be decided later on. But in each book, I open the novel with a Prologue. An introduction, if you will, of who Jake Reynolds is and why is he now, in the twilight of his long life, revealing his secrets to the world.

So without further ado, here we go;

It sat there, on at artist’s easel, encased in a heavy gilded frame that was, in itself, a fine piece Baroque artwork. The massive piece of canvas, known throughout the world, sat on the easel with elegance and an aura of infinite power. And all I could do was stare at it in stunned silence. But internally, in my mind, my conscious was screaming in a mixture of fear and excitement! Demanding to know how this masterpiece was here. Screaming to hear the old man’s explanation on how he came into possession the most famous painting in all of the world. 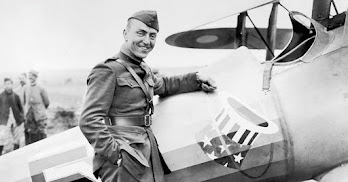 Finally, my voice returned, and I turned around and stared at the ancient man who stood close by eyeing me with eyes a
lit in merriment and a wiry grin on his thin lips.

“Oh, my god!” I shouted excitedly, my eyes falling on the unmistakable face a woman with her eternal and enigmatic smile blazing across the obviously ancient canvas. “You didn’t! You  could not possibly have gotten away with it! The Mona Lisa?  Good god! The Mona Lisa? You didn’t! You actually, honestly, stole Leonardo di Vinci’s Mona Lisa from out of the Louvre?”

The small man with the dark tan and startling white head of hair had a smile on his face almost as enigmatic as the smiling woman herself. But there was a difference. The old man had a twinkle of mirth in his eyes and a spring to his step I doubt either di Vinci or the countess could emulate at his current age. We were standing beside in the narrow but high ceiling hidden nook behind his fireplace in his rustic ranch home where he kept his many treasures. He was a man who had to be, I estimated, between eighty-five or ninety-five years old. His deeply lined, suntanned face reminded me of a belt of quality leather.  Still flexible. But indestructible. A piece of leather which had weathered through fair weather and hurricanes. Through dark intrigues and hair-raising escapades. Through adventures and debacles no mortal creature could have endured. Much less survived. Frankly, it’s hard to explain—or describe—this old devil who called himself Jake Reynolds. To those who know him currently, he was a gracious, jovial old man who owned a rather large ranch just outside a small Kansas city called Salina. He was an average height of a man, with sparkling eyes and an easy smile on his sun-tanned, weather beaten face. Most of the time, he dressed like the typical Kansas rancher. Blue jeans, wearing worn out looking cowboy boots, with usually a long-sleeved western style shirt to complete the picture. Most of the time he drove an old, beat up looking Chevy pickup truck whenever he went to town. Everyone in the community knew him. And liked him.

But those who knew him back then have no idea about this old man’s past. About the life he lived when he was young. No one could image Jake Reynolds as being anything else but a straight up, honest soul. Always helpful. Always friendly. Always willing to help out anyone in a time of need.

But the Jake Reynolds I knew was an altogether different man. Actually, Jake Reynolds wasthe same man—but different only in that, through a different pair of glasses, this old man could be the opposite to the extreme.

In the early part of the 20th Century—roughly from the years of 1910 to 1955—Jake Reynolds was a thief. Oh no—no, no, no. Not the smash-and-grab kind of thief who would knock off a 7/11 convenience store late and night and clean out the cash register while waving a gun around in one hand and stuffing the money into a brown paper bag with the other hand at the same time. No. Nothing so pedestrian as just another hood making a few bucks at a crack. Jake, when he was in his prime of life, was an unheralded artisan in his own brand of criminality. A master craftsman when it art forgeries. Jake Reynolds was an artist. A brilliant artist with the talent one could rightly assume as being an equal to a Rembrandt or the Italian master, Caravaggio.

His ability to copy precisely every stroke of a master’s brush, formulate every color found on a master artisan’s palette exactly, even paint on a piece of canvas which could be dated back to the same time-frame as the original masterpiece, was Jake’s artistic genius. He once told me there are his works hanging in museums and on the walls of private collectors to this day, copies of the original canvasses, where experts and world-renown critics labeled each and every one as original. But not originals. They are copies of the originals. A Jake Reynolds copy of an original.

I know, I know—it is incredible to believe. Impossible, even. And to make it even more incredulous, in many cases, whenever one of his fakes was recognized as being a fake, it nevertheless sold at a tremendously high price, making for Jake a rather sizable profit in the process. Only I, and a handful of his old clients yet alive—private collectors whom Jake catered to in their avarice need to add a canvas of a master into their private collection, know the truth. Jake was never apprehended for his crimes. He was never officially suspected as being this mastermind of the art world by any police or governmental agency in either Europe or the United States. He applied his trade for almost forty years without once being caught. And when he eventually retired in the 1950’s, he retired to the rolling hills of central Kansas and became a successful rancher.

But forgive me—I am portraying Jake as a master criminal lurking in the shadowy background of the unnoticed and plying his nefarious trade without ever being thrust into the limelight of international notoriety. That would be a grievous error on my part. For in truth, this old man, when he was in the prime of his youth, and even before the war had made himself something of an international reputation. Prior to the break out of hostilities in 1914, two major sports raged with a heated fervor across Europe. Automobile racing. And endurance races across large tracks of land, even of nations, involving the new invention called an aeroplane.

One must remember both affordable gas-powered automobiles and the new form of transportation of flying like a bird through the air, came into existence at about the same time. Henry Ford made his first gas-powered automobile which went into mass production in 1908. This was, of course, Ford’s famous Model T. And between l908, when the Model T went into production, until 1927 when the Model T was replaced by a newer model, Ford produced about 15 million automobiles. They were cheap. They were reliable. And the birth of automobile racing was inevitable.

Five years earlier, in 1903, Frank and Orville Wright were the first to fly a pragmatic, workable flying machine using a small gas-powered engine. Prior to the Wright brothers, many other inventors, from all over the world, tried to be the first to accomplish such a feat. The vast majority of them failed. The Wright brothers led the way into the skies, and now, for the first time, the human race was no longer earth bound. And very much like the automobile, if it were new and if it could go fast, racing flying machines through the air became an overnight reality.

In the early years of both racing venues, Jake Reynolds made his mark. Always a competitor, the young Jake Reynolds began winning a few races and having his name and his photo splashed across the front pages of newspaper again and again. By time August 1914 rolled around and war broke out all across Europe, the little man was well known. It did not take him long to enlist in the newly organized British Royal Flying Corps, the precursor to Britain’s modern RAF, and fight for a country he truly loved.

He survived the war. And in the process of surviving, created for himself a whole new reputation—a reputation created quite accidentally—and one he always privately thought to himself as being more of a curse than a reason for notoriety.

But enough of this introduction. What truly transpired is, by in large, accurate in almost every detail. That line between fact and fiction is almost indistinguishable. So in the end, those who read this book must decide for himself what is real—and what might be flights of sheer fantasy.