The Demise of James Bond 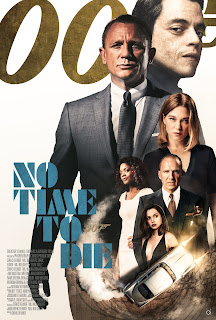 The latest James Bond movie, No Time To Die, has certainly jolted the Bond world to the core and sent avid fans spiraling off into dark chasms  of furious displeasure. Most critics, its seems, did not see the Bond they grew with and loved in this final flick featuring Daniel Craig. Instead, they saw a pastiche of something vaguely mimicking the the true Bond; the true Bond being the misogynist killer who uses women like a chef using a set of dirty crockery pots in his kitchen. An over-achiever who defied all hardships and always came out the victor. A killer who, in all honesty, trusted no one and had no true friends to call his own.

Ultimately, I think this is a sad state of affairs for a movie-buff to posses. In the fictional world a movie fan lives in, one has to ask the question; Do fictional creations live and breathe like we do? Or are they nothing more than ersatz replicas of what most of us wish we were.

Every movie goer faces the decision in one fashion or another. Maybe they don't realize they do--but they do. So let me be the contrarian here. I would like to disagree with the more popular opinion.

I actually liked No Time To Die. And I thought it was a proper and fitting end to a marvelous Daniel Craig run as James Bond.

In this last movie, we see a vulnerable James Bond. A more humane--and human--James Bond. We see a man filled with regrets. With the weight of past mistakes weighing him down mentally. With loves lost--in many respects to his bad decisions--adding to that emotional weight. We see a man who has seen friends, many of his friends, die in front of his eyes. We see, in the end, a man weighted down by his conscience and has become extremely weary carrying that load.

And, in the end, we see a man who realizes he will never acquire the one thing which gives him the fullest measure of satisfaction. The one thing which might hold back the emotional weight bearing down on him that might, just might, allow him to become alive again.

He discovers he has a child of his own. A child born to a woman he once loved--and actually still loves--but rejected because of  what he truly is.

Frankly, to me, this story was like a modernized version of a Greek tragedy. The hero of the story is not actually a true hero. In reality, he's a flawed soul condemned by the Fates because of that flaw he has always denied to himself. Until too late.

I can identify with this version of James Bond. A flawed man who knew it was time to accept his Fate. Accept his Fate and allow those he deeply loves to move on with their lives. Without him.