In Defense of Trestle Press 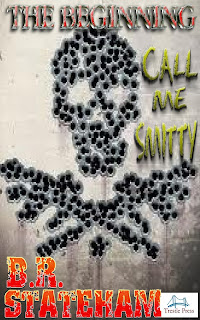 Of late, a publisher I work with---Trestle Press---has been been sledding though some heavy snow.  A brouhaha exploded recently about the use of copy righted artwork and whether the publisher had or had not the required permissions to use said artwork.

This issue generated instant fallout.  A number of talented writers decided to remove their material from publication under the banner of Trestle Press and go their separate ways.

I respect their decisions.  I applaud their commitment to not be a part of any perceived plagiarism.  As a writer I know the feeling of seeing your work being bodily lifted out of its original context and used by someone else and under their name!  As artists . . . as moral and ethical human beings . . . it seems to me we are morally bound to protect each other's artistic endeavors.

The issues at hand that should be better explored before major decisions such as withdrawing from the enfolding arms of a publisher are these; were the images truly plagiarised.  And were they done so maliciously.

The answer to the first question is unclear.  One one hand the publisher says they he acquired the necessary permissions and/or paid the require fees to use such artwork.  On the other hand is this shared view by a number of writers that surely an upstart of a company like Trestle Press could not possibly afford acquiring . . . or paying . . . the required permissions/fees.

Trestle Press is a year old.  It has dozens upon dozens of titles listed in just about every major ebook market that can be found.  Their titles span the globe. The Call Me Smitty  series I have, alone, has nine installments.  The artwork used for these works covers the gamut of artistic creation.  To my knowledge there has not been one rumble, not one 'official' accusation, not one demand to cease and desist, or even one letter from an irate lawyer and/or artist demanding their artwork to be removed.

So the question has to be asked is this; is this issue a legitimate issue?  Or is this a erroneously perceived issue brought on by a disgruntled outside source bent on achieving some kind of retaliation?

If evidence exists that proves wrongs committed has come to light, for god's sake share this information!  As a writer and as an artist I too want to do the right thing!  But on the other hand, if assumption and innuendo gave birth to this pie of acrimonious pickles, shame on all of us!

We have unceremoniously condemned a man, and a fragile start-up company, of wrongs he may be innocent of, and in the process, potentially mortally wounding the company's ability to survive.

As to the question as to whether this supposed wrong was maliciously intended, I am going to go out on a limb and categorically reject this altogether.   Blame the decision . . . again, IF TRUE, on ineptness.  Blame it on inexperience.  Blame it on the fact that a fan of great story-telling with no intent of ever becoming a writer, wanted to create a vehicle to get gifted writers out into the markets.

But I for one, doubt any form of avarice or greed were ingredients in the decision making.  There is no evidence to suggest this.  None.  In fact, there is more evidence to suggest just the opposite.  Every writer working under the banner of Trestle Press has found an owner more than willing . .  in fact, absolutely ecstatic, in complying with the creative wishes of each and every one of his authors.

He politely warned me not to use photos in a book trailer because of this very issue of plagiarism.  That, for me, cements my opinions concerning intent.  He was protecting my interests.  Which interpreted, means he was cognizant of what the implications were in plagiarising artwork and thus was protecting himself as much as protecting me.

So why would he knowingly comment such a desperate act across a wide range of published works?  He wouldn't.

This blizzard of words and accusations will blow over.  It is my hopes Trestle Press survives and expands.  Lessons have been learned.  Actions have been taken to correct perceived problems.  Let's now put this issue to bed and move on with our lives.
Posted by B.R. Stateham at 4:26 PM