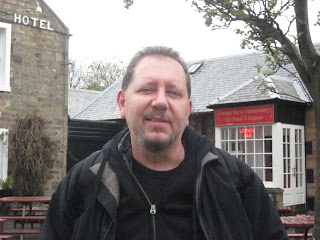 Today I am sharing my blog with Joshua J. Mark.  Josh is a fellow writer at Trestle Press and his speciality is writing YA material.
I offered blog space to any Trestle Press writer who wished to answer a simple question;  What compelled you to write in the genre you write?  So far Josh has been the only one to take up the challenge.  I find his article interesting in that he says he didn't pick the genre he prefers to work in----it chose him.
Interesting.
But Josh isn't just into YA.  Apparently he has an itch to write some hardboiled/noir.  He has a short story out called A Joke.  A bit of double-entendre there.  Far from a joke . . . but a sketch of black noir if there ever was one.
You'll find the blog . . . and his short story . . . interesting reads.  Give him a try.  I think he's going to increase his writing output here shortly.

Green Ears and The Monster: How I Came To Be A Writer
I've always written stories, ever since I could write, but I can remember exactly when I knew I wanted to be a writer. I was eight years old that summer at camp and this one morning at assembly the head counselor announced he wanted us to submit stories, photos, essays, or poems for a camp magazine. It would be published to look like Boy's Life and everyone could take it home as a souvenir.
At the time I had this dog, a brown and white Basset hound named Milkbone, and I was always writing little stories and poems about adventures we'd have roaming around in the woods behind my house. I missed the dog, being at camp, so I decided I'd write a Milkbone story for the magazine where I'd just place him in the camp setting and tell some story about a day with him as though he came to visit.
When I wrote the story, however, it turned into something completely different. It was a story about a community of Basset hounds who lived in a green valley which looked much like the camp. They were very happy except that, every now and then, this monster from a neighboring valley would show up and eat a bunch of them. There was this one puppy with long, green ears who everyone made fun of. His ears were too long, first of all, and then, of course, they were green. As he got a little older, Green Ears discovered he could hear sounds from far off and could hear the monster coming from miles away. When he told the older dogs about his abilities they laughed at him even more - until they got eaten by the monster one night. After that, the survivors listened to Green Ears and, when he heard the monster coming, they all dug a huge pit and hid. The monster fell into the pit and died. Green Ears was elected king. 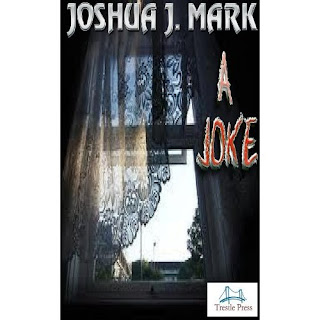 The story was pretty much a rip-off of Rudolph the Red-Nosed Reindeer
I did not so much `select' to write in the genre of Paranormal YA as it selected me. I could not have known it when I wrote that story but, essentially, I've been writing that same story, in one form or another, ever since.
Most of my life I've spent in education as a Professor and so am constantly around younger people. I like dealing with younger characters in my stories because they are more open to experience and possibility than many older people are. The world is new to them and yet they often believe they have a fairly good handle on what's going on. I think that's all of us, however, no matter what our age. We always think we know more than we really do and make choices, sometimes very bad ones, based on this belief in our own rightness. Like the older Bassets in my long-ago story, we resist change and we declare `impossible' any new idea until we've no choice but to accept it. None of us, however, ever really know what's going on at any given moment. All we can do in life is the best we can do with the information we have. I think this fundamental aspect of the human condition is best reflected in younger characters who provide a reader with the opportunity to see, not only who they once were, but who they continue to be.
Posted by B.R. Stateham at 10:28 AM