The Makings of a Great Police-Procedural 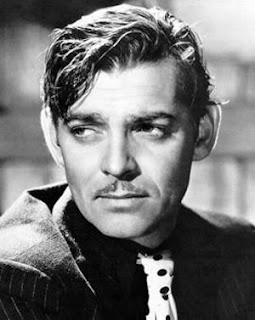 Let's talk about cops, Eunice.  (I know!  I know!  You've got a problem with cops.  Maybe it has something to do with you mooning them every time one drives by, you crazy woman!)
Maybe not talk about cops specifically, but maybe more about writing a classic police-procedural.  You know, the kind a guy by the name of Ed McBain wrote.  His famous 87th Precinct.  God knows there's a reading public out there for this genre.  The Old Man also knows there's six billion souls on this planet trying to scratch out a living--and about five billion of'em want to scratch out that living by being a mystery/detective writer.
And yeah, I confess:  I'm one of those five billion. (Eunice, for chrissakes!  Quit rolling on the floor laughing like a hyena on steroids.  You'll hurt the floor!).
I have a theory.  What makes a good police-procedural series is not the motions of cops working through their tried and true routines in investigating a crime.  Interesting to observe, yes; but essential?  No, I don't think so.  Nor is it the crime itself.  Although . . . again . . . interesting to read.  But not essential.   No, my theory is this;  a good police-procedural revolves around a specific chemistry.  Several ingredients are needed to formulate a good book.  But one ingredient IS absolutely essential.
Characters.
Characters in a police-procedural are more important here than in any other mystery/detective setting.  Even the venerable private detective becomes second fiddle as far as character-driven stories go.  It is the combination of characters, the investigative routine, and the crime itself, which makes for a great police procedural.  But emphasis CHARACTERS.  And I'm not talking about the character of the bad guys.  I'm talking about the lives of the cops.  Their strengths.  Their weaknesses.  Their quirks.  Their sense of humor.  The things that tick them off.  They way they work through their emotions, their fears, their desires WHILE they are working through a crime scene.
To make a good police-procedural book/series work, you need characters.  Characters with flaws as much as heroic qualities.  Made believable.  And oddly enough, make them either way;  either make them attractive so people can get to know them and like'em--or make'em just the opposite.  Mean and nasty.  With a bad attitude and surly temper.  (Eunice!  I know I called you a little bit on the heavy side in that thong you were wearing . . . but you don't have to get so mad!  Now Eunice . . . put down that dough-roller.  You know I get nervous whenever you pick up that dough-roller . . . )
Above is a facsimile of a character of mine.  A homicide cop by the name of Turner Hahn.  Yes, the photo is that of a young Clark Gable.  And Turner looks a lot like Gable.  But bigger.  More muscled.  Heavier in the shoulders.  And with a chip on his shoulder; he doesn't like to be compared to a dead movie actor.  And he has his other quirks. He's rich.  Filthy rich.  Acquire his fortune by accident.  A grandmother he though long dead left him an inheritance. And a grand father he never knew he had.  Turner grew up on a farm so poor they had to repair the bailing-wire that was used to repair the farm machinery.   He left the farm--never to return--when he was awarded a football scholarship.  A tragic auto accident took his parents away while he was in school. He became a loner.
Until a grand father and a fortune show up at the same time.  And the truth about why his grand parents never knew their grandson is revealed.  And other secrets as well.
At the same time he--along with his partner, Frank Morales--are working to solve two exceptionally difficult homicide cases.  And of course, there's Frank Morales.  A character.  Unique.  Odd.  A living, breathing, separate entity all to himself.  With his own quirks, humors, ticks, and eccentricities.  But even more interesting---his personality matched up with Turner's creates a symbiotic relationship that makes for one interesting jaunt through the dark recesses of the crime world.
Characters.
Soon Turner and Frank's next book,  A Taste for Old Revenge, is going to come out.  It'll be an ebook this time through the auspices of Untreed Reads.  It's the book that delves deep into the emotions and back history of both characters.  A book I'm thinking you might like.  When it comes out give it a try.  Let me know what you think.
(Eunice, dammit!  I know what you're thinking . . . and I'm tell'en you I haven't enough medical insurance to cover me for that.  So put down that dough-roller!)
Posted by B.R. Stateham at 9:55 AM