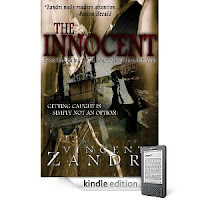 Okay, here's the question of the day: you're a writer. A writer of ebooks. And obviously you want to sell'em. So you begin social networking. Find sites all over the internet that works for you and you make your presence known. You constantly update. You continuously 'friend' for new friends.

The question is this . . . When? When does this active social networking gig begin to pay off? What trip-wire has to be stumbled over before there is a sudden bounce in sales and a sharp rise in fans buyng your books that feeds on itself for a long period of time?

Vincent Zandri and J.A. Konrath come to mind when I think about this. They sell thousands of their books a month. A MONTH!! That's impressive to say the least. Mind-boggling is more like it. It literately just boggles the mind.

So did they do it just be social networking?

Konrath has said repeatedly his previous writing gig with big publishers didn't help him in the least when it came to selling ebooks. Vincent Zandri is not so sure. I asked him that very question the other day on a--get this--social network site and he said he thought his previous exposure had to have helped some.

I have a sneaking suspicion there's more to it than just social networking. Like it has always been . . . and always will be . . .I think you have to be in the right place and at the right time to be 'discovered.' And like always--a huge amount of pure, unadultered blind LUCK comes into play.

Social networking. Hard work. Exposure. And fricken' blind luck makes the successful writer. I can do the first three. It's the LUCK thing that bugs me.

How do you stumble into blind luck?
Posted by B.R. Stateham at 10:01 AM