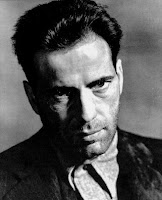 Question: Why do noir/hardboiled readers prefer the bad guy over the good guy?

I pick up on this more and more. The more I write about 'Smitty,' my black-eyed, coldly efficient killer, the more people say they love reading about him. He's not just a killer. He's not just one deminsional in nature. There's some twists and turns in his persona that you necessarily wouldn't expect.

On the other hand, I have two characters who are the good guys. Turner Hahn and Frank Morales. Homicide detectives. As tough as anyone out there. Smarter than most. They too have their personality quirks which sets them apart from smiliar characters found in the genre. And they have their fans, to be sure.

But, sadly--and quite curiously--not nearly like the fans for Smitty.

So what's going on here? Why do fans root for the bad guy more so than the good guy? What kind of deep psycho-babble is going on here? Do we really prefer our bad buys to win out? Does that say something about all of us; that maybe . . . just maybe . . . all of us want to get down and dirty with the world around us and get away way with it?

To play honest and fair in a world not so honest and fair, takes significantly more strength, as well as restraint, than being dishonest. You would think Turner and Frank would be more admired for getting down and dirty sometimes in solving their cases. But nope. So far the pendulum swings the other way.

We much prefer seeing Smitty use his switch-blade on someone. Or plug someone between the eyes with a silenced .22 caliber Ruger. Or use enough plastique explosives to take out a Caddy filled with mobsters. Do the hit with no regrets. No bad feelings. No hesitations.

And ask for more.