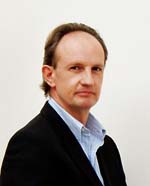 A friend of mine, Richard Godwin, has a new book out.  You know Richard.  He's one of those smooth authors who writes really dark noir that just grabs you by the cujones and doesn't let go.  While reading one of his stories you dive deep into the depths of the human soul and see/experience the real darkness that sometimes overwhelms reason.

In other words----good stuff, Maynard!

His newest is called Mr. Glamour. In the glitzy world of high glamour someone is killing all the beautiful people.  That's enough of a description to capture just about every one's attention!  But knowing the quality and ease in Richard's style of writing, I can't wait to eventually sit down and read it!

But I did take the time to ask Richard for a short interview about the book and about writing in general.  Always an interesting discussion when I disturb this guy's thoughts.  Thought I'd share it with you today.  So here goes . . . .


1. Richard, you have a new novel out called Mr. Glamour. Give us a quick sketch as to what it's about and whether it's a straight-up detective novel or if other genre elements are found in the read. 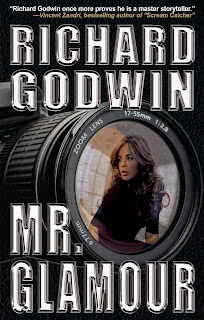 Something dark is preying on the glitz of the glamour set. DCI Jackson Flare and Inspector Mandy Steele investigate a series of bizarre killings targeting the wealthy and glamorous. Cameras, designer labels, beautiful women and wealthy men fill the pages of this dark narrative that will keep you guessing until the unforeseeable end. All part of a gripping mystery novel about a glamorous world with an unknown intruder. The killer in Mr. Glamour knows all about design, he knows what brands mean to his victims. He is branding their skins. He is invading and destroying at will. And he has the police stumped.
Detective Chief Inspector Flare and Inspector Steele try to catch a killer who has climbed inside their heads. As they investigate they step into a hall of mirrors and find themselves up against a wall of secrecy. The investigation drives Flare and Steele—who are themselves harbouring secrets—to acts of darkness. And the killer is watching everyone.

Mr. Glamour is a crime novel, a mystery, a thriller, with elements of horror.


2. The novel, more or less, takes place in the world of high glamour; the cosmetics/media/glamorous fashion world of high visibility. What experiences in your past brought you around to a venue like this to create such a dark thriller?

I think the glamorous world of designer goods is the perfect setting for a crime novel. It is a world where people like to be watched and in Mr. Glamour they certainly are. These are people who can buy anything. Except their safety from the killer.

3.Tell us about the characters DCI Flare and Inspector Mandy Steele. Are they pure creations from your imagination? Or are they composites of people whom you know? More importantly, why do your protagonists seem to be people who harbor strange, sometimes twisted, secrets of their own?


I think all fictional characters are composites.
I also think that many people harbour secrets and allowing for that in my protagonists lets me dig into their characters. I want to add depth to characters who traditionally have been placed in certain roles. I also want to show that a cop may do his job and have a private life the general public may be disturbed by.


4. There is dark noir . . . and then there is really dark, almost savage, noir where the truly deranged come out to play at night. Do you think your works fit the former or latter description. If it is the latter, what is it about the deviant mind which is attractive to you?


It's hard to define one's own work. I think there is nothing darker under the dying sun than Oppenheimer realising he had the power to destroy.


At the end of the day I am writing fiction. I also think writing about extremes is a way of exploring what it is we mean when we use the term normal.


5. With a flip of the coin, let me ask the above question in a slightly different way. Do you believe it is the twisted, tortured evils that sometimes resides in a person's mind that colours a noir novel so passionately for a reader? Or is it a sense of confronting 'evil' and hoping for it to be eventually biblically avenged that sinks a reader into a book like this?


I think it's both. It adds colour to the novel and readers do want to see order restored.

6. For waiting fans, what is coming next in your writing endeavors? And, just to add a little flavor of excitement, have you had any nibbles yet from producers interested in converting a Richard Godwin novel into a movie or two?


Yes one or two nibbles.


I've written a long story for the Italian market, it's a Noir narrative set in London and will be out this year as an E Book with an Italian publisher, available in both English and Italian. There's a novel about a hit man coming, and a horror novel. I am also writing the sequel to Apostle Rising.

So there you have it.  Interesting.  You might want to read another one of Richard's books, one called Apostle Rising.