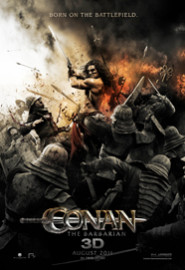 Imagination.
The visual requirement a writer needs to separate his writing from the thousands of fellow writers who are writing in the same genre as he may be.  Being visually descriptive.  Painting a portrait in words.  That fine line in crafting a scene, a description, an emotion that forever sears a mental picture in a reader's mind--or, at the other extreme--of writing too much and killing the innate desire/need a reader has in 'seeing' his own image in his mind's eye.
I've always thought this was an aspect in writing very few writers have worked on and perfected.  Modern day MFA programs pay lip service to this concept.  But in truth I suspect they quietly tell there students to minimize descriptive detail to the briefest of strokes and rely on the reader to create his own imagery.
I think they're missing the boat--writers are missing the boat--if they fall into this trap of Spartan frugality. 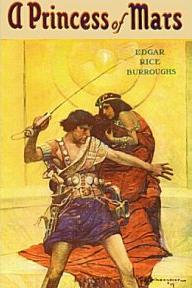 Yes, I do believe it is all too easy to fall in the trap of excessive description.  In fact, I would point out those novels who are judged to be great 'Literatary' masterpieces fall into this trap quite often.  Pages upon pages of descriptive garbage.  At the end of which you, the reader, get the impression you've waded through a mile of beautiful writing only to discover at the very end nothing was said worth remembering.
Ah, but Pilgrim!  The writer who gets it right!!  The writer who, in a brief few words, paints a picture so vivid, so clear, so bright that it just explodes in your head and stays there forever!  That's writing.  That's rare.  That's worth remembering.
Edgar Rice Burroughs did that for me in A Princess of Mars.  The opening chapter where the Virginian, John Carter and his partner are riding through the desert country of Arizona prospecting for gold--the indians--the fall of night and the next morning . . . pure magic.  And the dread.  The dread of whatever thing was in the back of the cave that so terrorized John Carter that he somehow whisks his alternate self to the moss covered hills of Barsoom (Mars) still makes me feel unnerved.  And I read the novel for the first time 40 years ago.
Robert E. Howard's Conan the Barbarian did the same thing for me as a kid.  The visual wonder of a magnificently powerful swordsman like Conan facing hundreds of foes.  The strange lands the warrior traveled through.  Vivid.
You want to be a writer, buddy?   Work on imagination.  You have to decide for yourself how much, or how little, imagination you need to use.  It's an ongoing process.  Each piece would dictate how much is needed.  But when done right . . . when done right . . . rest assured that mental portrait you create will last in some one's mind forever.
And Forever, buddy, is a long, long time.
Posted by B.R. Stateham at 10:08 AM