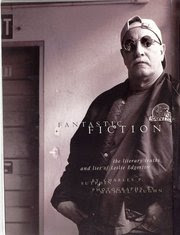 Sure, he's been blogged before in here.  But you know it's like a bad penny . . . he keeps popping up over and over and over.

Besides, I like the guy!  And he's one hell of a writer.  He truly is gifted when he starts slinging words around.  Every writer has their own unique style.  As a reader you become acquainted with that style and then you accept it.  Accept it to the point you could recognize it anywhere.

Les' writing is like that.  Instantly recognizable.  Sometimes harsh (when he's writing crime novels), always vividly clear, an instant creator for some visceral emotional reaction erupting in your gut.

So I asked him the other day, knowing he's publishing more 'stuff,' to come over and share a few words with us about what's cooking on the stove for him.  He was kind enough to agree.  Listen to what he has to say.

The Master is in the house.

You asked me to talk about my newest book, which is a YA thriller out from StoneGate Ink titled Mirror, Mirror. It just came out in ebook format and in a couple of weeks will also be available as a paperback. Good timing—just before Christmas! So, if you have any teenaged girls you need a stocking stuffer for…

You will never again pass a mirror without a slight chill... once you have read Mirror, Mirror. Elizabeth Mary Downing is a typical American teenager...almost. When she peers into a mirror, she sees someone else staring back--an image identical to herself in every detail save one--the mirror image has blue eyes. Elizabeth's eyes are brown! She is told by her mirror counterpart, "Liz", that she can enter any mirror she wants through "transtarence” and when curiosity prevails over fear and she enters the mirror, trading places with Liz, the horror begins as Liz wreaks havoc with what was a normal life. Elizabeth's attempts to trick Liz into going back into the mirror reflect both suspense and humor and just when all hope seems lost, she succeeds... only to discover she has to return to the mirror to reverse events and get her life back to where it was. She succeeds… only she leaves part of herself forever in the mirror.

This is a book I didn’t write for publication. Here’s how that came about:

I wrote this book many years ago and not to publish it but just as a labor of love for my oldest daughter Britney. She was a voracious reader and I simply wanted to write something just for her that she could look at and say, “My dad wrote this for me.” In other words, I wanted her to be proud of me.

When she read it, she turned to me with luminous eyes and told me it was the scariest thing she’d ever read. Keep in mind she was about nine years old at the time so it wasn’t as if she’d read thousands of books. But, it made me feel great.

When her little sister Sienna came along, both Britney and I urged her to read it. She did and she had much the same reaction as her sister had. Scared the pants off of her! I thought for the first time that maybe it might be publishable, but it wasn’t until a few years ago when Britney and I were talking about everyday things, when Britney suddenly said, “You know, Dad, after I read MIRROR, MIRROR, for about four years, I couldn’t look into a mirror at myself for more than a few seconds at a time before I had to look away. It just scared the crap out of me!”

And that’s when I realized it was publishable. I showed it to Aaron Patterson, the publisher of StoneGate Ink and he agreed and so here it is.

Not sure if it will capture today’s teens. The reason I say that is that there’s no cursing, no sex scenes, no vampires or zombies, nor any violence. It’s just a clean story that works on the reader’s imagination more than anything—kind of a throwback novel. We’ll see, I guess. The one thing that’s been nice is that I don’t have to warn parents to vet it before they let their kids read it.

The other book I’m very excited about is my forthcoming nihilistic noir novella, titled THE RAPIST, forthcoming from New Pulp Press both in paperback and as an ebook. It’s scheduled for March, 2013, but it may be released earlier. I rank this alongside my noir thriller, THE BITCH, as the best work I’ve ever done. It’s garnered absolute rave advance reviews, all along the lines of Allan Guthrie’s blurb, which says: “THE RAPIST ranks right up there with Camus’ THE STRANGER and Simenon’s DIRTY SNOW. An instant modern classic.”

Here’s just a few of the comments, all from the top crime and noir writers in the world:

1. …and the breathlessness, nausea, anger and confusion increase all the way to the end, at which point all I know is that the book is genius. Helen FitzGerald, author of The Donor, Dead Lovely and others.

2. Take a Nabokovian narrator trying to convince the reader of his innocence and filter it through An Occurrence at Owl Creek Bridge and you've got The Rapist, a raw and frightening journey through the inner psyche of a damaged man.

3. Les Edgerton proves once again why he is one of the most exciting writers of this generation. The structure of this just astounded me. I've never read anything like it before. I've never been so engrossed in a novel as I was with this one. I had no idea Edgerton had this literary part of his writing. I don't know of any other writers that can go from crime fiction to literary so seamlessly. Edgerton should be very proud of this novel. Luca Veste, author of the story collections Liverpool 5, and More Liverpool Five.

4. The Rapist blends Camus and Jim Thompson in an existential crime novel that is as dark and intoxicating as strong Irish coffee. Les Edgerton pulls us into the corkscrew mind of Truman Ferris Pinter, a twisted man with skewed perception of the world, as his life spirals toward oblivion, like dirty dishwater down a plughole. It reminded me of Jim Thompson's Savage Night in its delirium. Paul D Brazill, Author, 13 Shots Of Noir and others.

5. William Faulkner on steroids or Hannibal Lecter on meth; neither as literate or frightening as Les Edgerton in his ground-breaking novel, The Rapist. Bob Stewart, author of The Blackness of Darkness, No Remorse and others.

6. A deathdream swan dive from the existential stratosphere plummeting into the personal hell of a tormented, broken psyche, The Rapist introduces us to a gentle and philosophical misanthrope named Truman Pinter, at once reminiscent of Albert Camus and Patricia Highsmith, even John Gardner’s Grendel and the journal of Carl Panzram. Thomas Pluck, editor of the anthology The Protectors.


7. The Rapist is a disturbing look into the twisted mind of a narcissistic psychopath on death row. A vulgar odyssey reminiscent of Nabokov’s Lolita, although far more depraved, Les Edgerton has crafted a dark and brilliant story that leaves you as equally unsettled as it does in complete awe. Julia Madeleine, author of No One To Hear You Scream and The Truth About Scarlet Rose


Thanks for having me on, B.R.!
The man has his own blog, a very good one, called Les Edgerton On Writing.  You should check it out.