Another friend of mine 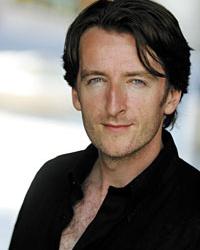 Good lord, recently I've been on a roll.  In the last couple of months I've interviewed some big names in the noir/ hard boiled/ historical-detective fiction world.  Guys like Richard Godwin, Vincent Zandri, Jason Michel. And there was the amazing feminine master,  I.J. Parker. This time I add another superlative writer to the list.


Matt is another one of those world traveling international reporters.  Matt lives/work in Jerusalem.  His beat, for years, has been the Israeli-Palestinian conflict.  It's been this generations-long conflict which made Matt become an international best seller.


Matt created a character by the name of Omar Yussef.  A Palestinian refugee.  A teacher by profession who suffers along every day through the pain and suffering that is an houly occurence, it seems, in the Gaza Strip.


What I like about the character Matt has created in Omar Yussef is this;  the man is basically a humane, gentle soul forced to overcome his fears of violent reprisals both from the many factions found in the Palestinian movement, and from the Israelis, and confronts those in power to demand justice.  Demands that those who murder are captured and tried as the criminals they are.


But Matt also has written other novels.  Novels about as far away from the Gaza Strip as one can get.  Currently his Mozart's Last Aria.  And yes, me puppies, the book is about Mozart.


So I thought it'd be great to interview the guy and pluck his brains to see how he ticks.  I think the results are fascinating.  I believe you'll agree with me.

1. I'll admit it enthusiastically; I am an Omar Yussef fan. Omar is a Palestinian-teacher-turned-reluctant detective. Where, when, and how did this character come into being? And how successful has his mysteries been in your writing career?

You’re very kind, B.R. Omar was born out of my sense that the reporting I did for Time Magazine during the Palestinian intifada was unable to contain the full reality of what I witnessed as Palestinian society destroyed itself. It became a gangster reality, which I was able to tip at in news stories. But to truly encompass that reality, I’d have had to write about it again and again – journalism doesn’t really deal in such continuity. Moreover I wanted to get at the emotional reality of life under such extreme circumstances for the Palestinians I had come to know well. Journalism is supposed to stay on the surface, to be objective. I had enough of that. The first Omar Yussef novel "The Collaborator of Bethlehem" won a Dagger from the Crime Writers Association in the UK. The books have sold in 23 countries. So I'm pretty happy with them.

2. You are a Western reporter living in Jerusalem. You see the chaos of the Palestinian/Israeli conflict on a daily basis. How does this energy bleed into your Yussef novels, and will Omar ever witness a better set of circumstances for his people?


In some ways Omar already sees things as they might be, and in a positive way. That’s why I made him a schoolteacher. He’s there to protect his society against ignorance, just as a detective aims to protect against criminality. I don’t foresee writing about immediate circumstances of peace and prosperity for the Palestinians, because it’s just not on the horizon. I wanted to show that Omar lives for that day, however, and that’s why his favorite granddaughter is such an important secondary character. All the risks he takes are an investment in her future.

3. Recently you wrote Mozart's Last Aria. What were the factors that came into play which compelled you to write this?


<>  <> <> <> <>
I’ve always loved Mozart, but his music became more important to me during the intifada. I was in some ways traumatized. My reaction to trauma was to lose my temper to a crazy extent. When I listened to Mozart, I felt calmer. I took a break from covering the intifada to visit Austria with my wife – we were looking for a place that was organized, peaceful and beautiful, as a change from Israel and Palestine. We passed through a small mountain village where Mozart’s sister, Nannerl had spent her married life. I visited her house and saw that she looked exactly like her brother. Naturally that got me thinking about plot opportunities. But I also felt called by her, as I stood at the edge of the lake at the bottom of her garden. Called by a talented woman who had been consigned to this backwater while her brother achieved fame in the Imperial capital. I wrote the book for her.

4. Writing and writers in general; what makes a writer, for you, worthy of reading? Are there any pre-requisites a writer needs in order to be successful (in any genre)?

Writers seem to me to be some kind of introverted version of an actor. They need to inhabit a character, just as a method actor might. So I think writers are the introverts of the creative world, which makes outsiders particularly suited to writing. I know I felt that way growing up and for much of my life. Now I’m a Brit living in Jerusalem. Still an outsider. I think of Hammett, who was a Communist, and Chandler, who was just rather prickly, amongst others. All outsiders. If your life has been a stroll in the sun and everyone always loves you, I don’t think you’ll have much to write about.

5. As a follow-up question for question No. Four, what are the parameters for a good mystery/detective novel? Is it plot? Characters? The crime? All of the above? None of the above?

Characters are the emotional core of a novel, so they ought to come first. However, a good intricate plot is a great way to provide them with conflict and really bring them out. I don’t care if someone figures out the plot halfway through one of my books – and I don’t believe anyone who says they do, anyhow – but plot is a vehicle, in my opinion, for dramatizing character. I also think a writer ought to undermine the genre a little bit. One of my ways of doing this is to have two or even three endings. You think you’ve got the solution, then someone else turns out to be even more guilty, then we realize something else entirely is going on. That mirrors reality as I’ve come to see it. It also jerks the reader out of the cosy complacency that often inhabits even the most frosty and bloodthirsty of crime novels.

6. When will the fans of Omar Yussef get to see another Palestinian caper? And what is the long term diagnosis for the continuation of this series?

I’ve finished a novel about Caravaggio, the Italian painter, and I’m working on a thriller now set in Iraq and New York about post-traumatic stress disorder. So Omar’ll have to wait a bit. I have an idea for a book in which he comes to Jerusalem…

7. Have you ever thought about writing a counterpart to Omar Yussef from the Israeli point of view? It would be a kind of counter-balance, and quite interesting, view of how this part of the world sees itself.


I do have an idea for an Israeli novel. It wouldn’t be a detective novel per se. Something a little different… I hope it’ll be the one after the one I’m writing now… I want it to be a novel centered on Israel but encompassing the whole Middle East. Israel itself is a bit parochial; thinks it’s the most important place on the globe. I don’t find that a compelling scenario for fiction.


<><><><> <><><><> <><><><>
8. What else is in store for the fans of Matt Rees' writing? Another book on a famous composer? Maybe something out of the mystery/detective genre altogether? Care to share any musings along this line of speculation?

After MOZART’S LAST ARIA, I’ve written another book that turns on the mysterious, unsolved demise of a favorite artist of mine. Caravaggio disappeared in 1610 when several murderous people were on his trail in a series of vendettas. It was too good to resist.
This is Matt Rees.  A wonderful writer and an articulate person to boot.  You should look into his writings.  You'll be happy you did.