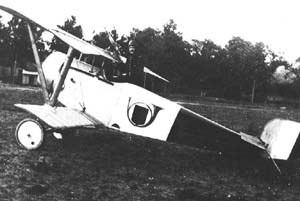 All right, I admit it.  I'm an unabashed friend to my characters.  All of'em.  From the good guys to the ones who are . . . well . . . certifiably homicidal.  I like'em all.
(Eunice, I said homicidal!  Not matricidal!  But keep it up, woman.  Keep it up!)
Two characters come to mind which, really, puzzles me.  Smitty and Jake Reynolds.  Smitty is the died-in-the-wool killer who will take you out in the blinking of an eye.  The killer, if you will.  But only the bad guys . . . only the bad guys. Smitty's personality is more complex than what outwardly appears.  Up front he looks monochromatic.  Just a killer.  But if you get to know him . . . well . . . there's some deep waters there, captain.
On the other hand, Jake Reynolds is the art thief.  An art thief with a flaw;  there's a streak of something in him that cannot abide by someone getting away with murder.  He's a thief: a felon himself.  But murder is an anathema to him.  This 'flaw' traps him.  Usually when he is committing a felony by stealing a piece of rare artwork from someone, he stumbles across a dead body.  He's compelled to find the murderer and bring him to justice.
Okay.  Here's what puzzles me.  Compare Jake to Smitty, and in Jake you find a grinning, curly haired, overgrown kind of kid who enjoys life and being around people.  He's adventurous.  A pilot flying in a Royal Flying Corps squadron of World War One; or--after the war--a world-hopping traveller who has the knack of getting himself involved in another outrageous adventure.  He's generous.  He's cool as an Arctic glacier in tight situations.  He's good looking.
So why haven't people discovered Jake?  Smitty, the dark eyed Angel of Death is doing great with a growing legion of fans.  But not Jake.  So the question is---why? 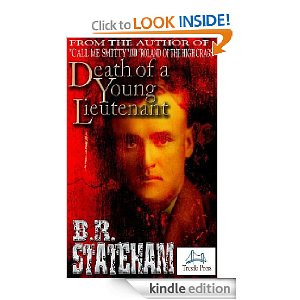 I dunno.
Jake's first adventure can be found in Death of a Young Lieutenant.  Set in World War One, Jake has to solve three murders AND snatch from under the noses of an entire German army a Renaissance masterpiece.  The artwork is behind enemy lines.  And so is the first murder.  To say the least he has his work cut out for him.
You should check Jake out and see what you think.  You might find you like this guy as much as you like Smitty.
(Eunice!  Put down that meat cleaver before someone gets hurt!  Namely . . . me!)
Posted by B.R. Stateham at 11:37 AM