I'm working on a theory.  A theory I think is critical for a writer's success.  Critical in making a novel either a gripping, can't-put-it-down page-turner, or nothing more than a, "Yeah, I think I read it." 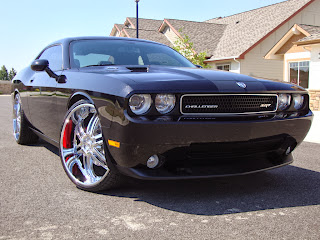 Part One:  The opening chapter of  a novel is, without exaggerating in the least, the most critical chapter for the entire book.

The first chapter not only introduces the characters who are going to play a significant role in the novel, it sets up the mood . . . the overall raw energy . . .  one feels coming out of the novel.

That overall impression of the novel, the characters and the settings, will carry on across the entire read.  Therefore the first chapter is absolutely critical

Part Two: Setting, mood . . . the raw energy of the novel . . . is established for the novel in the first chapter through the use of powerful descriptive phrasing.  Establishing the foundation for the novel requires painting a relatively complex verbal portrait.  Relatively complex, but dancing on that fine line between 'just right'  and 'too much.'

The first chapter should be ladled with succinct, clear, visual imagery and emotional shading.   It should clearly set the building blocks on the overall mood of the novel and its major participants.  After the chapter is complete, and the meat of the novel begins to evolve in chapter two and on, the heavy use of description should be quantitatively reduced.

Case in point.  Last night I was playing around with imagery and working up a possible opening for the second 'Smitty' novel I might use.  The first Smitty novel is not done yet . . . but this idea hit me and I wanted to see what it looked and felt like on the computer screen.  So I wrote a couple of hundred words and felt (still feel)  pretty good.

But I need some feedback.  Both on my theory as a whole and on whether I've crossed that 'too much' line we are talking about.   So idea pops up in the two-watt light bulb for a brain of mine . . . why not let everyone take a look at a section of the opening page and maybe comment on it?
So here goes.  Just a few paragraphs in the opening which tries to do exactly what I've been talking about: setting up the mood for the entire novel through the use of description.

Thinking tentatively of calling the novel 'Ransom.'  Or . . . maybe not.  A bridge that can be crossed at a later date, methinks.

What do you think?


The black hemi Dodge Challenger, glistening underneath a harsh August sun, its engine burbling sensually a growl of restrained power,  slid menacingly into the parking space between a beat up looking Honda Civic and an ancient, but immaculate,  English built Triumph TR-3 two-seater sports car and settled in for a long wait.  Behind the dark windows of the car two men sat in the bucket seats, big beefy hands folded on their laps casually,  heads rolled to the left and watching the front doors of a large, Colonial styled red brick building. A building with white trimmed windows and door frames with the name of Cameron Hall in large gold lettering above its main entrance.


The men were dressed in dark suits.  Both men were square jawed, with very short cropped military cut haircuts, wearing dark aviators shades.  Both had wide shoulders.  Shoulders of men long used to arduous and dangerous physical labor.  Like the kind of arduous labor a soldier might find on the killing fields of  or .  They had also one other attribute that made them who they were.  They were patient.  Infinitely patient as they sat in the air conditioning of the car and kept an unrelenting vigil on the  long, elegant college building sitting on a grassy tree shrouded knoll a mere seventy feet away from the college's main parking lot.


Cameron Hall was the university's main building.  The red brick building was a classic example of Colonial architecture from the bright red bricks which where its main component to the white framed windows and doors.  In the center of the building, rising up above the tree line of the old oaks and maple trees,  a tall clock tower with a huge, four sided clock, dominated the campus.  All the students, from any point on the campus, could eye the clock and know precisely how much time they had left to get to class.  Above the green clay tile pointed roof an American flag fluttered lazily in the soft Autumn breeze underneath a gorgeous cloudless blue sky.


Encircling Cameron Hall like a nest of red bricked ducklings was the rest of the small, but very expensive, private university.  All of the buildings copied Cameron Hall's elegance and style.  Every building visibly was red bricked, white trimmed, with bright leafy green clay tile roofs.


The setting exuding a sense of wealth . . . vast wealth . . . just lying on the grass or rising up through the trees ready to be plucked.